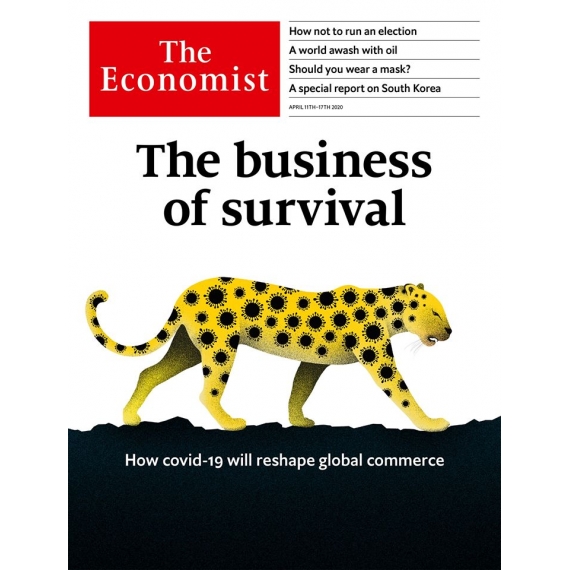 On The Economist No.15: The business of survival

The coronavirus crisis will change the world of commerce

Most bosses and workers have been through economic crises before. They know that each time the agony is different—and that each time entrepreneurs and firms adapt and bounce back. Even so, the shock ripping through the business world is daunting. With countries accounting for over 50% of world gdp in lockdown, the collapse in commercial activity is far more severe than in previous recessions. The exit path from lockdowns will be precarious, with uneasy consumers, a stop-start rhythm that inhibits efficiency, and tricky new health protocols. And in the long run the firms that survive will have to master a new environment as the crisis and the response to it accelerate three trends: an energising adoption of new technologies, an inevitable retreat from freewheeling global supply chains and a worrying rise in well-connected oligopolies.

The euro area is set for its deepest downturn and its sternest economic test yet. Some forecasters expect gdp to shrink by nearly a tenth in 2020. But as history is being made, it is also being repeated. Talks between Europe’s politicians about the covid-19 crisis have descended into yet another ugly row over which countries gain and lose from a common currency. The acrimony has its roots in Europe’s sovereign-debt crisis in 2010-12, when stricken southerners pleaded for solidarity and northerners refused to bail out what they saw as bad behaviour.

The tension between traditional top-down economic and social decision-making and a more individualistic, bottom-up approach has been apparent in South Korea since it democratised more than three decades ago. In the past two months, however, two things have happened that have highlighted this tension.

On February 10th, in what feels now like a different era, the world looked on in amazement as “Parasite”, a rip-roaring, iconoclastic South Korean film, won the Oscar for best picture. It was the first non-English-language movie ever to capture that honour. The director, Bong Joon-ho, won best director, too. The success of “Parasite” is a sign of a flourishing arts scene in South Korea, and a potent symbol more broadly of the loosening of social and economic norms there. It is a brutal and darkly comic farce about class war. Daggers and dingy basements feature prominently. Asked after the ceremony how he was able to make such a film, Mr Bong replied, in English: “Because I’m a fucking weirdo.”

The Economist: The future of e-commerce (with Chinese characteristics) - No.1 - 2nd Jan 21

The Economist: Next to blow: Britains constitution - No.22.19

The Economist: Deathwatch From The Amazon - No.31.19

The Economist: Modis Dangerous Moment - No.9.19

The Economist: Free money: When government spending knows no limits - No.30 - 25th Jul 20

The Economist: Trade without trust: How the West should do business with China - No.29 - 18th Jul 20